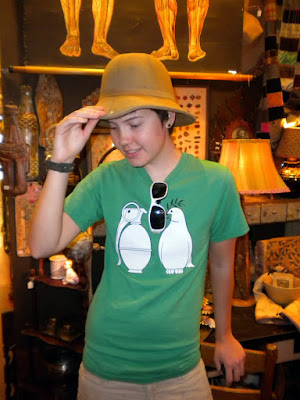 I have been a world traveler almost from day one. My first adventure was a trip to meet my grandparents in England when I was two-weeks-old. I like to think that it was this first outing that sparked my lifelong wanderlust, even if I did sleep through most of it. Essentially, I was born of travelers- my mother grew up in England and like many Europeans she often visited neighboring countries, and my father grew up “back east” in Saugus, MA and spent time in many US states as a military policeman. So, when my siblings and I were young, we embarked on numerous trips to England and Massachusetts. We often piled all the kids (and sometimes the dogs) into the car for trips to such places as Big Bear and the Grand Canyon. For my tenth birthday, my mom and I visited the home of my chief childhood idol, Elvis Presley, in Memphis, Tennessee as well as the surrounding states. In high school, I visited Ireland, Italy, Austria, and Germany with a school group.

Sometimes, traveling is hard, especially when you leave your best puppy friend behind.

I earned my Bachelor’s Degree in Community Studies at UC Santa Cruz, with a concentration in food security, agriculture, and social justice. Part of my degree program included a field study at a relevant nonprofit organization so I headed to New York to spend six months working with the international humanitarian organization Action Against Hunger. It is this experience that most shaped my desire to dedicate my life (and our first bicycle trip) to alleviating struggles throughout the world, particularly relating to food and human rights. 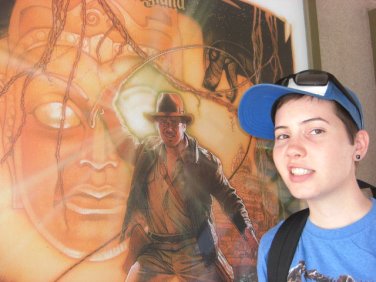 My other childhood idol was Indiana Jones. He taught me that even nerds can be rugged adventure heroes. 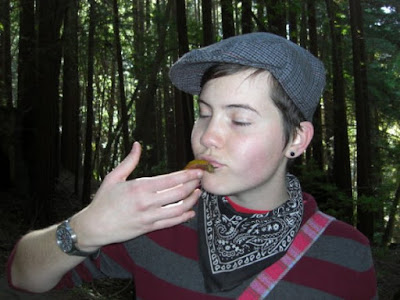 I always had a certain affection for UCSC’s slimy mascot, the banana slug.

After graduation I spent a year living in Los Angeles where I put my love of dinosaurs and the natural world to good use by working at the Natural History Museum and the world-famous La Brea Tar Pits.

I have an intense love for animals of all kinds and from all eras. Working at the Natural History Museum was one of my favorite jobs because I could talk about my favorite subject and spend each day surrounded by scientists learning more about the planet. In this picture, I was standing in the shadow of the second largest mammal in the world, a Humboldt fin whale. I moved back to Ventura when I decided that LA was not my style, but I just couldn’t stay put. Once I had saved enough money for plane tickets, I jetted off on a five-week trip to New York, Norway, and Austin, Texas. 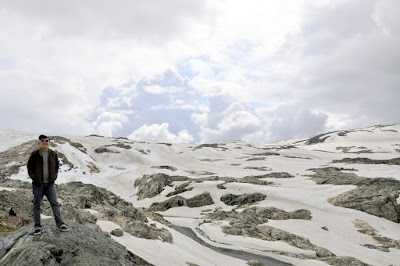 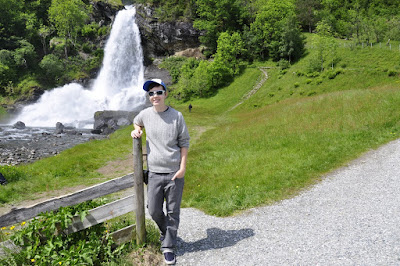 I must have wayfaring blood because almost as soon as I landed back home, Kelly and I started planning our first expedition together that took us from our hometown of Ventura, CA to Missoula, MT by bicycle and then to China to teach and then to Norway to study.

I have worked in the nonprofit sector for almost 10 years. An avid cyclist, reader, and world traveler, I enjoy time spent outdoors at home in the Pacific Northwest and abroad. My passion for travel is eclipsed only by enthusiasm for service and social welfare, resulting in a resume devoted to non-profit organizations. I enjoy writing about a variety of topics including the environment, animal welfare, LGBTQ issues, and international development.

I earned a BA from the University of California, Santa Cruz in Community Studies and a Master’s in Philosophy in Development Geography from the University of Bergen, Norway. In addition to years of book learning, I have grown significantly as a person through time spent learning from life experience, most notably during my time with Kelly teaching English in China, traveling extensively throughout Europe and Southeast Asia on a shoestring, a year studying in Norway, 3 months conducting fieldwork in southern Peru, and discovering our own country by bicycle. My favorite trips, so far, are our 2,700-mile and 2,450-mile bicycle tours through 20 United States.

In my spare time, I am involved with many community organizations including Portland Metro’s Master Recycler program, as well as regularly contributing articles to Non-Profit Quarterly’s Newswire. 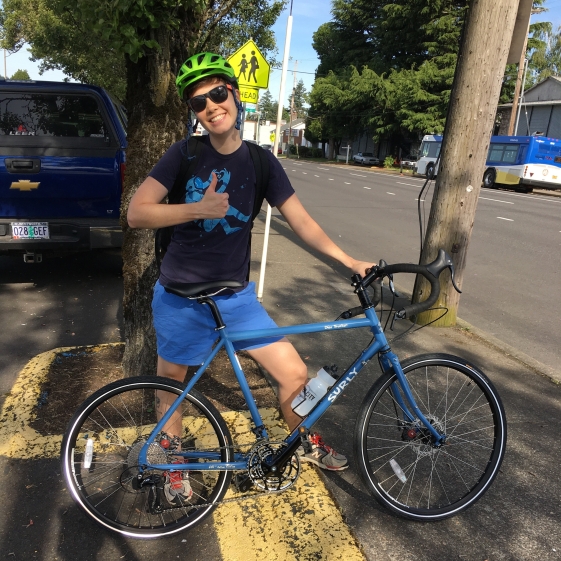