It has been almost 4 years since our last entry in Peru. It was while we were in Peru that we decided that we needed a break from traveling and therefore travel blogging. One night in Pisac, Peru, after spending a long day with farmers on the farms in the Sacred Valley, we realized that we were tired and ready to put down roots together back home. We quickly decided that we would move to Portland, OR, a place where Kelly has lived and remembered fondly and a place that Milo had visited enough to know that we would be happy.

In September of 2014, we moved into a creaky attic room that would move like a cardboard box when the wind blew. But it was cheap and we needed to save for a deposit. Milo began working as a grant writer for a local non-profit organization while they finished up their graduate degree remotely from the University of Bergen.  Kelly began working as an in-home educator, teaching Spanish and other subjects to kids ranging in age from 8 weeks to 11 years old.

We started getting settled, getting used to what it means to stay in one place. 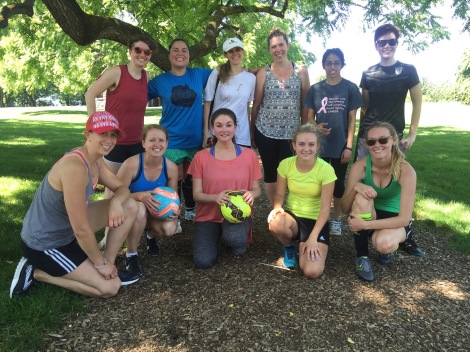 We started playing soccer casually with a group of women. 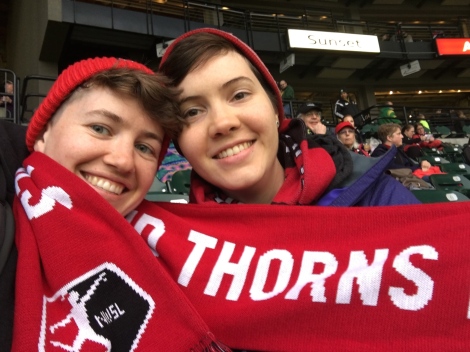 Portland and the surrounding area has so many parks and recreation that we are never at a loss for things to do.

We go cycling and camping as often as possible. 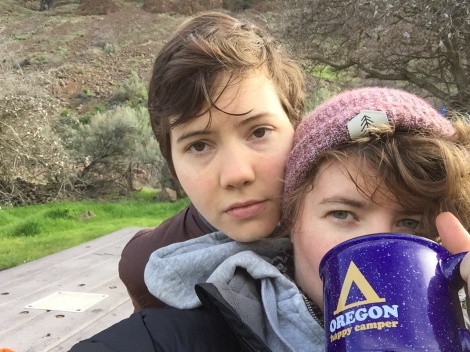 The Pacific Northwest is famously rainy so we also find a lot to do indoors. 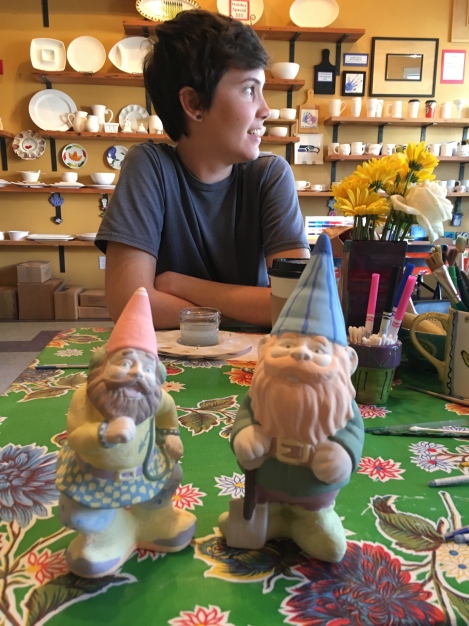 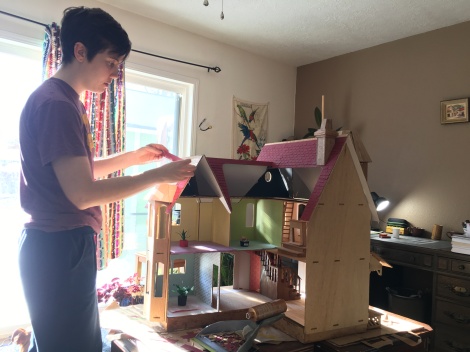 Sometimes it snows for days on end, so we put together doll houses and knit socks to keep entertained.

After a while, we had enough of the roommate life and moved into a 2 bedroom house. During that time, we adopted a cat who we named Porch Kitty (P.K.). Her name seems unimaginative but when a cat who only responds to Kitty shows up on your porch, you’re left with few names to call her.

We taught her how to poop on the toilet but as you can see, she was pretty pissed (no pun intended) about the shituation (pun definitely intended) so she has a cat box now.

Kelly knit her a sweater because she has terrible skin allergies and needs a barrier to keep her from scratching too much. 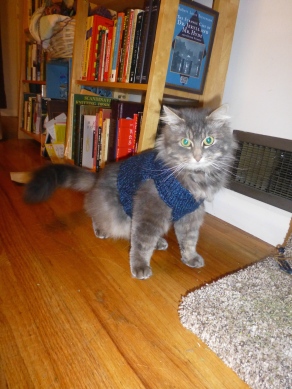 A few months after we adopted P.K., the rental company told us we could not keep our cat while we lived there. Luckily for Kitty, we had been saving our money and were putting some serious thought into buying a house.

By December of 2015, we bought our first home! The home base that we imagined while laying in a hostel bed in Peru is better than we imagined! 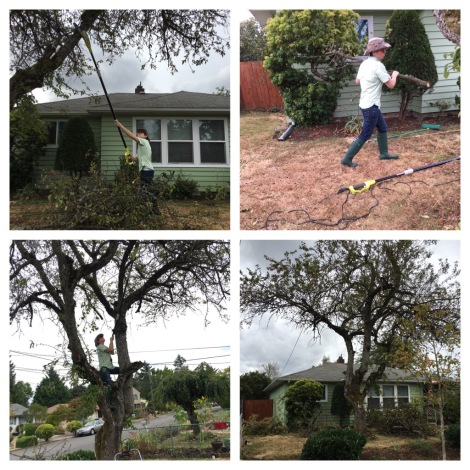 We instantly got to work fixing up what we could, some jobs much bigger than others.

We were on a roll and we couldn’t stop there so we adopted a dog and named him Chuño! His name is inspired by our trip to Peru.

He is a sweet pound puppy with a severe underbite and an extreme love for toys.

He plays fetch until he’s so exhausted, he collapses.

Sun or Snow, throw a ball and he’s bound to fetch it.

Chuño is a very obedient and loving boy. 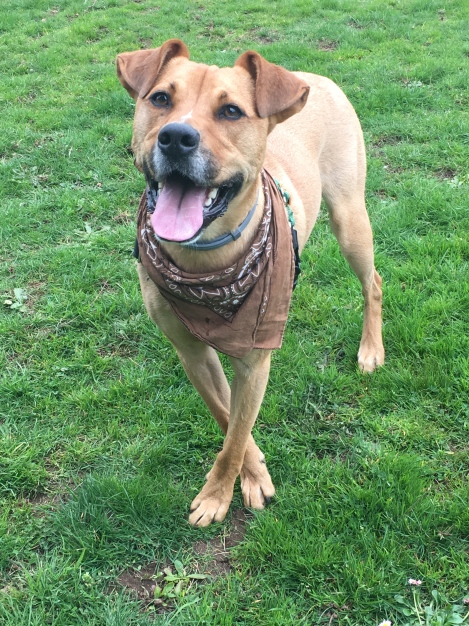 Soon thereafter, a family we know with young kids was going to get rid of their dog so we adopted her, too, and named her Calamity. 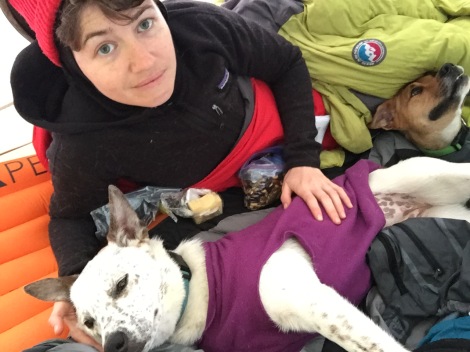 You might see why her name is very fitting. 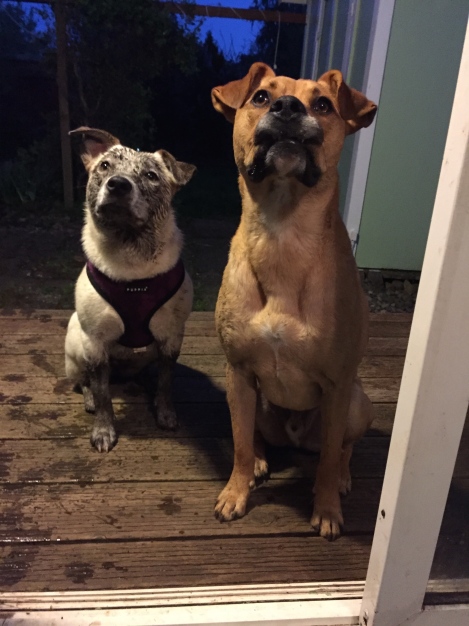 They are two peas in a pod, constantly playing and cuddling. 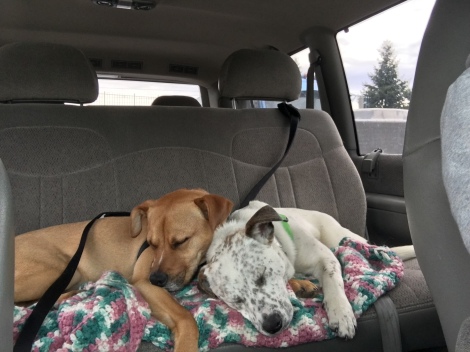 She is a very active, smart and headstrong dog. She fits right into the pack. 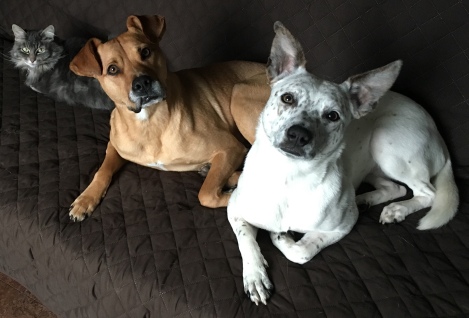 In Milo’s spare time, they are involved with many community organizations including being a Master Recycler and contributor to Non-Profit Quarterly’s Newswire. 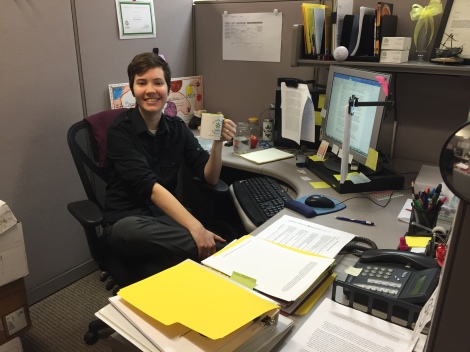 Kelly is a board member for our neighborhood association, volunteers with the department of juvenile corrections in a restorative justice program and was recently accepted into Willamette University School of Law.

As you can see, the last few years have not been as “adventurous” as the first few years of our journey together. This time of putting down roots in the Pacific Northwest may not be as thrilling as, say, island hopping in Southeast Asia, but it has certainly been fulfilling as we have deepened our commitment to each other and the life we are building together. Over the last 4 years, we have done so many necessary and important things to create a happy and healthy home base. And just like every place we have been, we have dedicated much of our spare time to getting to know the place, exploring the wild areas, and seeing what there is to see. Being a homeowner and pet parent comes with many time-consuming responsibilities, so our spare time (and money!) is less abundant than in the early days of our relationship, but we make the most of the time that we have. So in our next blog entry, we will document the many regional bicycle tours, outback hiking adventures and several visits to state and national parks we made over the last few years.

Stay tuned for our next entry that documents the adventures we’ve had in the beautiful Pacific Northwest!

2 responses to “Putting down roots in Portland, OR”